How a corn combine harvester works

With the development of science and technology, mechanized corn harvesting gradually replaced manual labor, which increased the yield at harvest time and reduced the pressure of working people. Today we're going to focus on how corn combine harvester work. 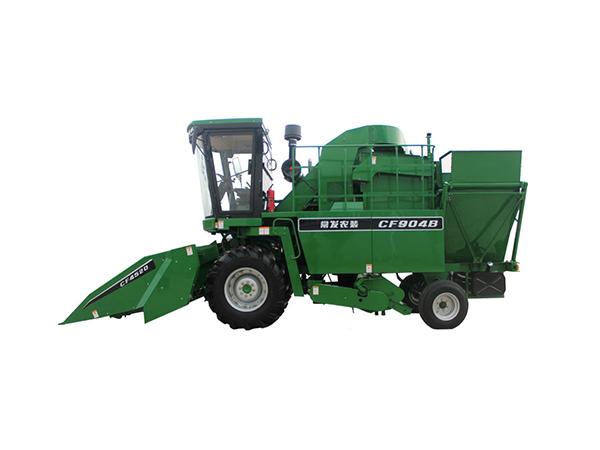 The corn combine harvester is mainly composed of a picking device, an input device, a peeling device, a cleaning and ear collecting device and a stalk crushing device. When the corn combine harvester is in operation, the straw is first introduced into the threshing chain by the splitter, and then, under its feeding and clamping, it passes through the leading cone at the front end of the picking roller, and then enters the threshing machine, the harvested ears are then dropped into a horizontal conveyor, which then transports them to the ear elevator, which then transports the ears to the ear box, where the Husker separates the ear from the husk, after the husking, the corn is transported to the ear box, the corn husk and the broken straw are excluded from the machine. The culms after picking ear are transported to the crushing device and are crushed, then evenly sprinkled on the fields, which can be used as fertilizer. The ears that fall into the granary are unloaded into a ready transport vehicle or drive to a designated location to unload the grain.